Picture caption: Photograph of a standpipe similar to the 82 ones which are going to be installed for this project. This standpipe was set up by AGIRE in Agbatitoé (Togo), for a project funded by the French association AQUASSISTANCE (photo credits: AGIRE SARL).

The Beninese National Agency for drinking water in rural areas (ANAEPMR) announced that it has awarded a supply and installation contract to the joint-venture composed of the companies FORAG SA (Cotonou, Benin, leader), AGIRE SARL (Cotonou, Benin) and VERGNET HYDRO for the construction of drinking water supply systems for more than 35,000 rural people. The joint-venture is to build 7 piped drinking water supply schemes in the Department of Borgou. « We are starting a new chapter of VERGNET HYDRO’s history in Benin. We have worked here since the 1980s and this country is one of the 3 first destinations of our manual pumps. Today, more than one Beninese out of two (5,6 million rural people) draws its drinking water from VERGNET HYDRO’s manual pumps. This contract is our first piped water scheme project in the country », says enthusiastically Thierry BARBOTTE, Managing Director for VERGNET HYDRO.

« Benin’s rural water supply sector is in transition. We hope that this project, amounting to 5 billion CFA francs (7.62 million euros), will be the first of many other water supply system projects in Benin for VERGNET HYDRO », adds Baptiste GADENNE, Area Sales Manager for VERGNET HYDRO. Within this project, FORAG SA implements and drills 37 boreholes, and rehabilitates 4 boreholes. AGIRE SARL SARL supplies a part of the pipes, installs the pipes and handles the civil engineering: 15 water towers, 82 standpipes and the water pipes. VERGNET HYDRO supplies and installs the electromechanical equipment (41 submerged pumps, 43 power generators, 7 chlorination systems, etc.), as well as a part of the water pipes.

Equipment designed over the course of project implementation

VERGNET HYDRO’s responsiveness and expertise are among the key factors for the project’s success. « The inaugurations of the 7 networks are planned for September 2019. As the boreholes features (depths, flow rates, etc.) are currently unknown, the actual design of the schemes and sending of the equipment will be done gradually over the course of the project », specifies Joël MENAGER, Project Officer for VERGNET HYDRO. 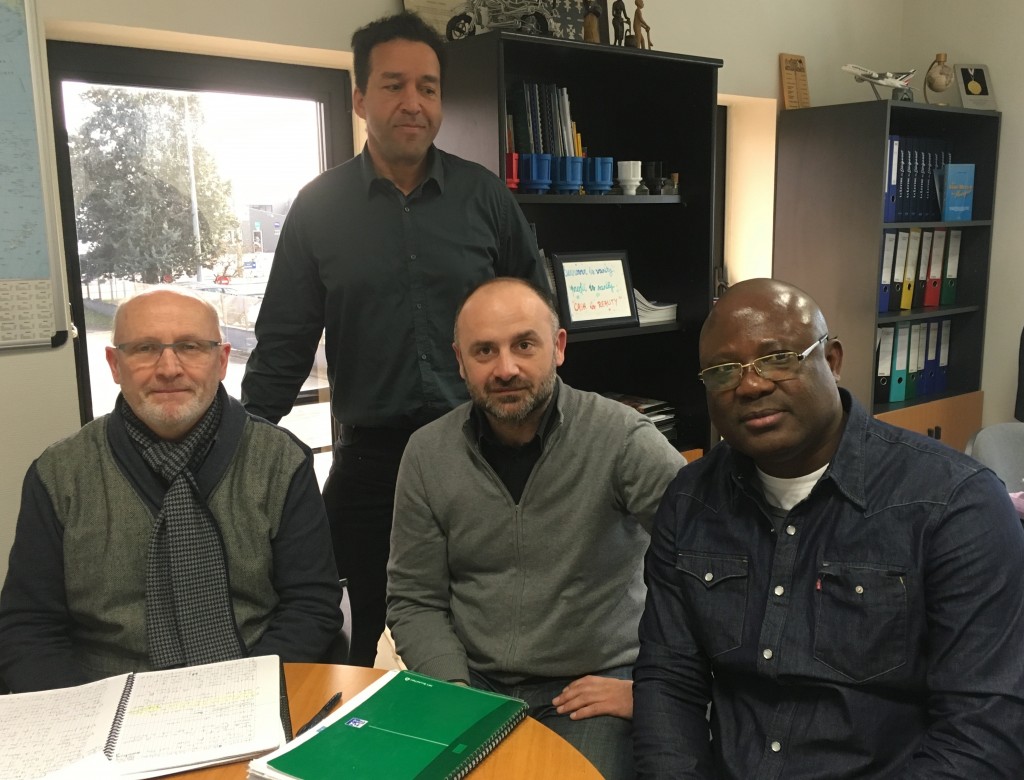 Benin: we welcomed our retailer from Cotonou

We welcomed our retailer from Benin

At the end of March 2016, we had the honour of welcoming Mister Hypolyte Deguenon in our premises.

Mister Deguenon is the head of AGIRE, a company specialised in drinking water  in Cotonou, Benin.

Our collaboration began in May 2009 and we are happy to make it last.

In case you need after-sales service, please do not hesitate to contact AGIRE that will answer your questions.

Vergnet Hydro is present in Benin since 1983. Today, 11316 Vergnet Hydro manual pumps  are installed in the country.